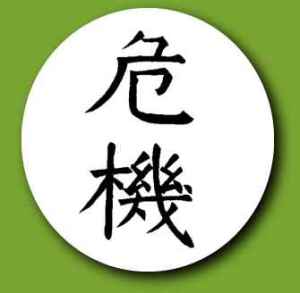 When climate activists in South Florida meet, the mood is often serious bordering on grim, and I usually head out the door with a to-do list and a heavy heart. We know what we’re up against in our state legislature, so one doable strategy is to attempt to convince our local municipalities, one mayor and/or commissioner at a time, that we are holding them accountable for the preservation of our towns and cities, and our safety. For this we need local citizen volunteers to join in the effort. My team mates have developed a terrific script suitable for phone or email.

This is good, worthy work, yet I fear we may not attract many takers without the leavening agent of uplifting stories, and the truth is, 2014 was a pretty good year for the environmental movement. Last December, I tapped into Mongabay for positive stories, and this year, some that appeared on its current Top Ten list are also on mine:

May 2015 bring about an awakening to both our perils and possibilities, and action as our conscience dictates.

My world is almost entirely structured around climate activism these days, from engaging with other local activists to hold our elected officials to account for their pledges – the Southeast Florida Climate Action Compact – to planning Transition Monthly Meetings, to tending a community garden whose crop will be donated to feed hungry people. And I am putting in a fraction of the time some of my colleagues are devoting in groups like the Climate Action Coalition, Organizing for Action, and EcoArt South Florida, to name three. They are the true patron saints of sustainability, in the ecological sense. And yet it’s not enough given the math stacked up against us, and possibly short of the real target.

“There is a corruption at the heart of American politics, caused by the dependence of Congressional candidates on funding from the tiniest percentage of citizens.”

Fix that, and many other issues will be resolved, argues Harvard professor, legal scholar, and Beltway bête noir, Lawrence Lessig. He makes this point in an electrifying TED Talk and a follow up book (published by TED) called Lesterland. Hint: the Lesters are the 1%; the USA is Lesterland. Right now, you can purchase the ebook for $1.99, and I encourage you to do so, share it, and maybe create a book group around it.

As if we needed any more reminders of how broken our democracy is, how corrupted government has become by money, Saturday’s New York Times published this: Energy Firms in Secret Alliance With Attorneys General. It was the most emailed article through the weekend and has drawn 1594 comments to date. This one by Richard Watt of Pleasantville, NY, was the most “Recommended.”

“I should not be surprised, but I must say I was shocked when I read this article. These attorneys general should be impeached and removed for the sale of their offices and the people* behind these letter[s] should also be prosecuted.”

But this morning, the article was no longer in the top ten. So I have to agree with the second most Liked comment, that of S.R. Simon of Bala Cynwyd, PA: This is how democracies die: behind closed doors. And I might add, inside minds that shut down when the facts become too awful to contemplate.

If you’ve been working on sea level rise (SLR), to pick the environmental blowback that will likely cripple the economy in Florida, you know how challenging it is to chin up and keep bailing, if only by the thimbleful.  And yet, bail we must, because the alternative is even worse.

Take the Ag Reserve, a parcel of land once considered ‘safe’ from developers because it is so important to our agricultural economy, and now back on the bargaining table.  Yes, attend the meetings and send in statements. Go demonstrate to protect the Briger Forest from the Scripps juggernaut. Raise funds for Florida Earth Day 2015 and to commission environmental artist, Eve Mosher (HighWaterLine), to do for Delray Beach what she did for Brooklyn and, more recently, Bristol, UK – show graphically on the roads and buildings what SLR looks like in our communities. It’s as good as it gets, and we have to do whatever we can to support these actions. But let’s not kid ourselves that meaningful change is possible when money has the upper hand

OK, here’s some good news, sort of. As Professor Lessig points out, this is not a Left vs. Right, Red vs. Blue, Treehugger vs. Denialist issue. It is clearly a Beltway insider vs. the rest of us issue, and on that you may find agreement in surprising places.  Of course, using campaign contributions to buy yourself, say, an ambassadorship, is nothing new and long the prerogative of presidents. Here’s The Palm Beach Post’s ever wry columnist, Frank Cerabino:

“You can be America’s ambassador to Argentina and not speak Spanish…President Barack Obama nominated Noah Mamet, a California political consultant, to become America’s next ambassador to Argentina, and the Senate confirmed that nomination on a party-line vote…Mamet doesn’t speak Spanish, and he had never visited Argentina. But he did orchestrate a $1.4 million bundle of donations to Obama’s re-election campaign two years ago.”

Not pretty, but compared to what’s going down now, this is chump change.

Larry Lessig is looking for 300,000 engaged citizens, no matter which issue
stirs our passion most, to join his organization, Rootstrikers. Whether or not you feel inspired to do so, you will find it packed with information you won’t find elsewhere, e.g. why Citizens United is the ‘tip of the iceberg.” If Rootstrikers feels like the best way to strengthen your citizen muscle — and boy, could we all use that! — choose from a range of campaigns to join – supporting Government by the People Act (H.R. 20) is my mine.   Could citizen-funded elections also eliminate the endless election season we currently endure? That would most certainly get my vote.

A Short History on Long Campaigns

I’m no stranger to fasting since my daughter introduced me to The Master Cleanse years ago, and it still feels like a good way to balance the excesses of holiday celebrations.  But this is the first time I’m fasting as an act of solidarity with climate activism, specifically with the massive international fast in conjunction with the Lima Climate Change Conference that opens today and runs until December 12.  So, if you are just hearing about this for the first time (and I hope not), it’s not too late to shed a pound for a good cause.  My tribe of activists just got bigger and more diverse as soon as I took the pledge and checked out the pages of  http://fastfortheclimate.org/en/:  bishops, CEOs of NGOs, activists, TV chefs, musicians, UN officials, and negotiators from around the world (though not to date Yeb Sano, the young Filipino diplomat whose emotional presentation at the 2013 Warsaw climate talks, and subsequent two week hunger strike, inspired this movement.)

Astonishingly, the comment section of fastfortheclimate.org has an outsized number of enraged comments from the denial crowd, most of which fall into the ‘protest too much’ category and lead me to hope that the evidence of climate change is beginning to hit home.  I even got some flak from a foodie member of my family when I posted my intention for the day on social media.  Eating is itself a political act no matter where you stand intellectually on climate science. Just ask anyone attempting to prepare a Thanksgiving meal that will please everyone.  Free-range or tofurky?  It seems that too many of us Americans hate and resist any suggestion that we must change our own habits.  This made a best-seller of Who Moved My Cheese? and explains why diets usually fail, and more importantly, why we continue to live with the devils we know: money-corrupted politics and dysfunctional government (a topic I’ll be blogging about as soon as I finish reading Lesterland).

Well, as anyone who has tried fasting for any reason knows, as the first day of your fast wears on, you realize just how much time you are saving not preparing and consuming food, let alone thinking about it.  This can feel almost liberating. Even if you are not taking solid food, you must keep yourself hydrated — lemon water and herbal teas for me — and you may actually start to enjoy the experience of some lightness of mind and body.  Not to mention how ambrosial the first bite of solid food tastes!  Fasting, like dieting, does interfere with the social aspect of eating, which is not a small thing in a household where a favorite word is ‘lunch.’  Of course, most of us climate fasters are doing this for one day, although some intend to extend it to the first day of every month (no promises). It is a far cry from famous individuals like Gandhi and Cesar Chavez who effectively used the extended hunger strike as a form of nonviolent activism and changed the course of history for the better.  To them, and to my fellow December 1 fasters — may our numbers increase —  I raise my cup of mint tea.