After an announcement about a possible shortage of Hass Avocados caused near panic (and perhaps some welcome publicity), Mexican food chain, Chipolte, tried to soothe its fans with an announcement that there is no “guacapocalypse” in the offing.  Really?  Avocados are a thirsty crop, second only to another California favorite, the endangered almond.  According to Mother Jones, it takes 74.1 gallons of water to grow one pound of avocados as opposed to strawberries (9.8 gallons) or lettuce (5.4 gallons). For the time being, the California Hass is big business for the state: “… about 80 percent of all avocados eaten worldwide and … more than $1 billion a year in revenues in the United States alone.”  (California Avocado Commission).

Headlines like this one from Newsweek 3/13/15: NASA: California Has One Year of Water Left, should be setting off alarm bells in the Congressional denialist camp on the basis of the economic impact alone, with the nation’s food security right up there next to it.  So it’s particularly bad news for all of us who love avocados — heck, like to eat regularly! — that Senator Ted Cruz now heads the Senate Science Committee, and that he has told NASA to stick to space and drop its climate investigations.  We need to pay close 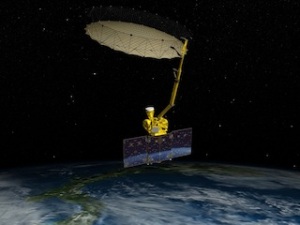 attention to what happens next.  After all, budget cuts that could threaten programs like NASA’s Jet Propulsion Laboratory, the Soil Moisture Mapper (SMAP)  — a satellite that can improve weather forecasts, monitor droughts and predict floods —  will hurt us all, now and in the immediate future. Maybe we should take a page from Senator Snowball’s playbook and start jamming the inboxes of legislators of his ilk with our favorite guacamole recipes.  This sounds like a job for Beautiful Trouble, fearless artist/activists.  Hi-jinks and hackery that exercise our creativity and even soothe our souls.

It’s great to learn that Al Gore is newly optimistic that we can bring ourselves back from the brink, but yesterday on World Water Day, I couldn’t help thinking about what ordinary Californians are doing about a drought so severe, it has its own website?  Not nearly enough, according to figures from January this year which showed that conservation of water dropped from 22% to 9%, possibly spurred by an end of the year rainy period.  We are so addicted to short-term — or maybe it’s magical — thinking!  No wonder we are so easily distracted by shiny new things, blockbuster movies, and gossip about people we’ll never meet or particularly want to.

So I decided to ask a friend who lives in Huntington Beach about the water crisis, and she assured me that although some of her neighbors still have lawns (and presumably, have not as yet been prohibited from watering them), she has embraced a more desert scape, that is, rocks and succulents.  OK, it’s something, and granted, this is a minuscule sample.  But isn’t this typical of a common mismatch between the complexity of the issues we face — economic, health, safety, civil society — and the response of too many people like my well-meaning friend, as well as those in positions of power?  California officials, writes Jay Famiglietti, a senior water scientist at the NASA Jet Propulsion Laboratory, are “staying in emergency mode and praying for rain.”

Although drought isn’t an issue for Florida at the moment, we have our own water challenges: a rising sea (flooding, coastal erosion, threat to infrastructure and property) and the migration of salt into the agricultural water supply.  So much for the idea that California’s agricultural losses might be somewhat mitigated by Florida’s food growing power.  For more on this including the Sea Level Rise Symposium 2014, see my blog posts from last July, Water: Next Capitalist Tool? and November, Raising Fields.  Not enough water or the wrong kind — none of this is good news for living things.  But compared to what many see as the threat of water wars in the not too distant future, these issues are a drop in the bucket.

What can we do?  First, recognize that climate change is with us here and now and that we humans have no history or experience with the kinds of change it will likely produce in our lives.  On a beautiful, cool morning in South Florida as I write this from my patio, it’s possible to imagine that we have a decade or two before we are forced to adjust, to take action, or possibly, flee for higher ground. Even if that were true, it’s cold comfort for our children and grandchildren. Second, cut your consumption: repair, reuse, repurpose, skip the upgrade, minimize air travel, and make do while these are choices we can still make freely. Third: ask yourself to imagine a world without your favorite food (yes, avocados), a beloved bird, flower, tree, pollinators in general, a particular beach, a cherished vacation spot, a life experience you now take for granted (hiking a pristine trail, growing vegetables, access to a wide variety of fresh food, taking a hot shower, feeling safe on my streets and in my home, are all on my list).  What would you do to preserve these ordinary treasures, for yourself and those you love?  Do it.