First, it was avocados we’d have to learn to live without.  Now, it could be coffee.  I like both…a lot, but I have an inkling that when coffee starts getting as expensive as Dom Perignon, it just might spark a million person save-the-biosphere march in Washington.   Hey, I can dream, can’t I? 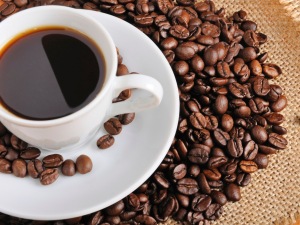 I’ve been around long enough to remember a few marches, and even marched myself.  Sometimes, it had the desired effect, e.g. the anti-Vietnam War that effectively ended it.  Civil Rights, although it didn’t wipe out racism.   The equality for women movement, although we still earn significantly less than men.  As a participant in the 2013 Walk for Our Grandchildren, I feel solidarity with student protests against the KXL pipeline, even though marching is nowhere near enough.  In fact, perhaps it draws time and energy from more practical things you can do to reduce your personal carbon budget.

For our local Bike to Work Day last week, a friend of mine rode her bike 10 miles to and from her office, over an hour each way.  She was sore and elated.  Who wouldnt be?  But like a march, this is a one-off, a gesture, more demanding than recycling our plastic waste but, in the long run, less effective than, e.g. giving up driving entirely; stop flying; shopping only at thrift stores; growing your food; creating a sharing network, time bank, or Transition Initiative.

As if the news (well, it was hardly that!) wasn’t dire enough, I am concerned that it might spawn an outbreak of fatalism.  One of the most chilling quotes came from Mark Bittman’s Op-Ed April 1: “I guess I can stop worrying about my grandchildren,” as in, it’s now time to worry about ourselves.

In response to the latest IPCC report, Rob Hopkins did an amazing roundup of Transition activities around the world, what seems to be working, what isn’t quite there yet, and what could be more effective.  I urge you to click on the link and read it in its entirety, especially if your spirits, like mine, are in the basement.  For one thing, there are now over 1,000 Transition Initiatives, and 75% of them consider themselves successful.  An independent study noted that:

“… these initiatives have been shown to be effective in bringing about behavioural change and in helping to establish new norms in society.  The wider application of these approaches must, therefore, be seen as an essential element of any broader strategy on climate change.”

And this is being accomplished with “a markedly non-adversarial approach.”  It’s Gandhi-like, modeling what is possible and letting people see that it works, and how it works.

“The most radical thing sometimes that you can do is actually vote with your feet and vote with your dollars,” says Andy Lipkis, founder and president of Los Angeles-based TreePeople, quoted in an interview with Hopkins.  “We’re hacking the system and making it so much better.”  This would be worth doing even if climate change wasn’t on our doorstep.  If you build it …

One thought on “If You Build It…”