If you thought it wasn’t easy being green (whatever that means), try being consistently hopeful under the circumstances. A week ago, research from the University of Melbourne found the forecasts of the groundbreaking 1972 Limits to Growth are on target. We are, says the report, in the early stages of global collapse. I have been aware of the book since E. Shaw Cole, my then father-in-law, a respected water systems engineer, returned from the Club of Rome meeting with a copy in hand. Popi was no political radical, yet as a practical, sane, good man, he grasped what we were in for if we didn’t change course.  And he wanted all of us in the family to get it, too.

This past Sunday, 350.org’s brilliant film, Disruption (available here), was released for online viewing. We had a house-party screening for two, and, although there is no denial about climate change and resource wars in this home, the images from Typhoon Haiyan and t 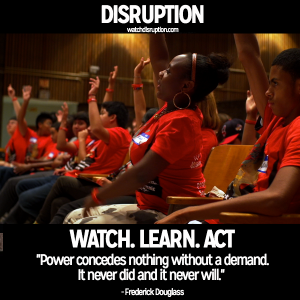 he emotional testimony of the Philippines representative at a recent climate conference, left us both shaken.

So between taking in the film and the latest validation of Limits to Growth, my week began at a low point. I had a date with a blog post, but my head was spinning and my heart hurt. Later Monday, I got a call from fellow Transitioner, Nathan Venzara, bursting with good news about his plan to build a Tiny House for his young family. The Tiny House movement is a form of downsizing and simplifying life, often motivated by environmental concerns. Nathan is excited about the prospect of living more lightly and sanely, and to be free of debt (what a concept!)  He has agreed to talk about his project at a future Transition monthly meeting, and I’ll be writing more about the subject here.  His steadfast dedication to bringing it about, to do the thing that he can do now,  helped snap me around.  I was able to shift my focus to all the great organizations that are coming together in New York City on September 21 for the People’s Climate March, over 1,100, large and small, including 300 universities and colleges from the area.  There will also be 1,500 actions in 130 countries (more by the numbers).  Clearly, many people agree with activist/author, Naomi Klein: “We have a responsibility to rise to our own historical moment.”

Do I want to be at the march? Hell, yeah! Got a bed for two nights thanks to my generous friend and fellow yogi, Julia Hough. Now if I can figure out how to beam myself there …

So far, Transition Town Media (PA) and Transition Newton (NJ) will be representing the movement at the march. That makes sense, geographically. But people are coming from all over the country, including from California, by train, bus, carpool.  Some even on foot.  It’s that important. So, hear this: If you can’t, for whatever reason be there yourself, at least support those who will be putting their bodies on the line, e.g Team Backbone is looking for donations. Every action adds up.

The other thing we must do is keep on working to change the status quo which is most certainly on track to destroy civilization as we’ve known it. (Not everyone agrees that’s a bad thing.)  Says Dr. Naomi Oreskes, Harvard science historian, (quoted in the film): “The reality we’re facing is very grave. So how do you not get depressed about it? Well, one way you don’t get depressed is by work.”

Right now, I’m working on a slide-show called Transition Towns: 8 Years On for our next meeting.  The research about how this grassroots movement, born out of permaculture, has successfully grafted itself onto communities all over the world, is uplifting.  I remind myself that, even if I don’t make it to the People’s Climate March later this month, I have plenty to do right here.  And when the going gets tough, I replay one of Rob Hopkins’ cheerful You Tube talks.  Or I dip into my handy copy of Active Hope: How to Face the Mess We’re in Without Going Crazy by Joanna Macy,  She writes:

“The biggest gift you can give is to be absolutely present, and when you’re worrying about whether you’re hopeful or hopeless or pessimistic or optimistic, who cares? The main thing is that you’re showing up, that you’re here and that you’re finding ever more capacity to love this world because it will not be healed without that.”

2 thoughts on “Not Easy Being Hopeful?”