Hamilton is playing at the Broward Center for the Arts and there are still a few tickets left as of today, Balcony Row M for $159. Of course, in New York City, the ‘cheap seats’ are going for $438, and Orchestra? If you have to ask …

Flashback to the summer of 2015. We’re in New York City —  in a borrowed apartment on the Upper West Side — when it was suggested to us that we get into an early morning line at the Richard Rogers Theater to score a couple of tickets at deep discount. Hamilton had opened at the Public Theater to critical acclaim, and now the Broadway run was just starting. Maybe I’d been away from the big city and annual theater subscriptions for too long. I just remember thinking something like Hamilton, Schamilton. Lin-Manuel who? For a grandson who had committed the Hamilton lyrics to heart, this may have been the moment he realized these grandparents were just human after all.

It’s human to regret the roads not taken, and perhaps there is an evolutionary purpose for wondering what might have been. Will having blown it with Hamilton be a regret I’ll carry to my grave? Not likely. For one thing, the movie will be here soon enough, and I’ll be able to hear and understand those rap lyrics better than I could in Row M. For another, the missteps and stumbles of life are a chance to re-do, re-set, carry on better.

We have lived for nearly a decade in a well-maintained townhouse community, remarkable for the reticence of its residents. True, a certain percentage of us are seasonal and others are in the 9-5 workforce. Whatever the reason, most residents keep to themselves, hidden by garages and patio walls. Just as co-housing is designed for connection and interaction, ours seems organized to keep people apart. As we learned last Fall, even if the HOA rules don’t forbid canvassing, such activity is unusual and not warmly received in our community. With a relatively small number of families with children, even Halloween here is pretty muted. 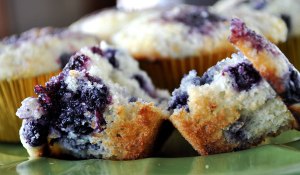 A young family in the next townhouse to ours was expecting their second child. We were on friendly terms with Lauren and Eric largely because our paths regularly crossed. They were often outside, playing on the grassy area with their little girl and puppy, while our routine includes daily walking or biking. We were the nonconformists, you might say. Eric worked from home, and you’d see him heading off for a run when Lauren came home for lunch from her nearby job. When Lauren’s pregnancy became evident, I made a mental note of her due date so I could bake some blueberry muffins and stop in when their new baby came home. No doubt I was remembering my New Jersey neighborhood, where every life event, even the sad ones,  occasioned an outpouring of baked goods and casseroles. Like an extremely inclusive church or temple.

The happy day arrived. Eric and Lauren’s home was swarming with grandparents and visitors, balloons and covered dishes, and somehow the moment for that extra measure of neighborliness passed. We spent more of that Summer away, and the next thing I knew, their baby boy was taking his first steps. And then, just as swiftly, their home was on the market and they were moving out of the area. To a larger place with a yard, they said. I wasn’t surprised, just sad for what might have been.

These days, I’m conscious of making an effort to greet and make eye contact with neighbors or the people I pass on my exercise route, whether regulars or not. Husky, right? Beautiful dog! Hey, great shot. Winter at last! Terrific haircut.

A quiet 40-something single man replaced the family next door with the trio of noisy dogs, and Italian-speaking nonna whose spaghetti sauce wafted into my kitchen (the silver lining). Our new neighbor apologized in advance for the ruckus of his renovations (which were extensive). In short order, we met his parents, exchanged coffee cakes, and stood chatting in each other’s space. I don’t want to overstate this, but it feels as if I took the right fork this time.

2 thoughts on “Lin-Manuel Who?”