Naomi Klein [This Changes Everything] writes: “… if we want to live within ecological limits, we would need to return to a lifestyle similar to the one we had in the 1970s, before consumption levels went crazy in the 1980s.” Who else remembers that place/time? Seemed like a very good life to me.

I posted this on Facebook recently and it resonated with a number of FB friends. That started me thinking more about the 70s and I realized that the “Me” decade, the oil crisis decade, the decade that saw the flowering of feminism, the first Earth Day (April 22) and Jimmy Carter’s solar panels, cardigans, the creation of the Department of Energy and a national energy policy, as well as Kent State, Three Mile Island, and the completion of the world’s tallest buildings, was also a decade when everything did change for me. It began with Father Knows Best and ended with The Brady Bunch. 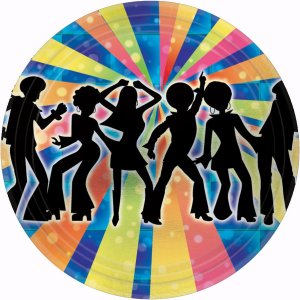 I sorta missed the 60s by getting married and starting a family, so it wasn’t until the 70s that the Summer of Love and all that it meant caught up with me. Or maybe I’m just a late adopter. A traveling show of the musical, “Hair,” came to my town (Philadelphia), and overnight, it seemed, I wanted the Age of Aquarius and San Francisco with flowers in my Afro more than I wanted cocktails at 6 sharp and membership in The Junior League. In the 1970s, I stopped shaving my legs, went back to school to earn two degrees, and changed life partners. Some standout memories:

1. Flashback, New York City, 1965: I am reading Betty Friedan’s The Feminine Mystique while recovering in the hospital from the birth of my first child (three days was normal then). In walks my OB/GYN. “Hmmm,” he says, “Isn’t it a little late for that?” (I didn’t much like him, even before that, and No, it wasn’t.)

2. Montclair, NJ, 1973. We’ve returned here after a career misstep that temporarily uprooted us to Pennsylvania, and are now ensconced in a wonderful classic Dutch colonial on a tree-lined street: 5 bedrooms, 3.5 baths, big basement and backyard, separate garage (with mismatched doors), to the tune of $60K. Back in the day, a young couple could afford the $40K mortgage payments, taxes and upkeep, on one modest salary. We have one utilitarian pre-owned car.  We do not suffer from auto-envy or any other kind.

We moved to Montclair for the schools,  family (pillar of the community in-laws), and commuter service to New York City extraordinaire. With one school-age boy and a 4-year-old girl in part-time nursery, I had more energy and time than I knew what to do with. Who knew skipping the beauty salon and shaving razor would free up so much?

One day, The Montclair Times delivered my salvation: news of a generous ‘re-entry’ program for older adults at Montclair State College, formerly a teachers’ college, currently a Ph.D-granting university. I went for an interview the same week and was accepted into the program. I also made a life-long friend while there.

3. MSU was 10 minutes drive from my home. My professors would have been stars anywhere, but the job market for Ph.D’s being what it was, there we all were: on a hilly campus in suburban New Jersey, with a clear night view of the lights of New York City on the horizon.

My earlier education had been undistinguished, so I surprised myself by graduating with honors in 1976. Yet it was without a clear path to future employment while my children still needed a mom around the house. So when the Department of English offered me a teaching fellowship that enabled me to earn an MA gratis, and also provided a small stipend for teaching in the writing lab, I grabbed it. In 18 months, I was able to save enough to purchase a used Volkswagen bug that I drove up to the Bread Loaf School of English in Vermont for the summer session in my final year.

4. Community life on Buckingham Road. In the summer months, some of us grew food, mostly New Jersey tomatoes like Rutgers’ Early Girls and Better Boys (an instant nostalgia point for me), and this also nurtured a culture of sharing: in addition to an exceptional tomato harvest, tools, labor (moving heavy furniture, hedge trimming, small repairs), child care, backyard barbecues, car pools and rides, recipes and advice. I didn’t know the political leanings of my neighbors, or care to, and the idea that one only socialized along those lines would have been laughable.  Hello Transition Street before its time?

Both my adult children – the eldest turns 50 this year — are nostalgic for the walkable, bikeable, friendly, green, safe community they grew up in: badminton in the backyard, Frisbee in the parks, neighborhood friends, and best of all, the freedom from constant parental supervision. Maybe it really does take a village.

And I feel nostalgic for the 1970s in a small town on their behalf, and not only because eggs were cheaper and life simpler (and you got to go to sleep-away camp) but because between then and now, the decades of ‘shop until you drop,’ ‘greed is good,’ ‘Made in China,’ and ‘upgrade everything,’ brought us to where we are today.  Is there a way back to the future? Perhaps.

Naomi Klein again: “…if there has ever been a moment to advance a plan to heal the planet that also heals our broken economies and our shattered communities, this is it.”

One thought on “Throwback 70s: My Decade of Change”